Warning: count(): Parameter must be an array or an object that implements Countable in /homepages/13/d219947276/htdocs/clickandbuilds/ODMI/wp-content/plugins/gallery-by-supsystic/vendor/Rsc/Menu/Page.php on line 228
 ODMI – Pakistan – ODMI
108 Custer Ridge Road
Donate 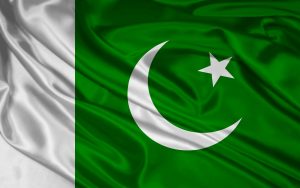 Pastor Ishaq Khokhar does so much for the Kingdom of God, including risking his own life many times to bring freedom to the Christians of Pakistan. Pastor Ishaq ministers to more than 380 orphans and 108 Christian Widows, from 13 different towns of Karachi City .

Through his love for Jesus he has seen many Muslim brothers and sisters saved. Because of his love and courage many have come to know Jesus as their Lord!!!Help us help Pastor Ishaq!

Christians actively supported the struggle to create Pakistan, encouraged by the promise of the founding father of Pakistan of complete equality of citizenship. Their service as journalists and propagandists to the movement of an independent Pakistan is highly revered. Christians remained respected and prominent member of the society during the period between 1950s and 1970s. There were patriotic citizens and qualified professionals contributing to education, health care, law, business and entertainment. That was the time when Pakistani society encouraged a dynamic mix of cultures, nationalities and religions, giving birth to the acceptance of all minorities with loud and clear sounds of religious harmony across the country.

In the late 1970s, the Benjamin Sisters, a singing group comprised of three sisters, achieved immense popularity in Pakistan singing patriotic national songs. This is referred to as the Benjamin Sisters Phenomenon. During those days, Christian processions through the streets of Karachi before sunrise on Easter and at midnight on Christmas were common sights.

This was then. Karachi is an entirely different city now. As a matter of fact, the whole country is different now with very little tolerance. One will still meet numerous Christians and people from other minority religions in Karachi; however, everyone is keeping a low profile in the current atmosphere.

Today…Pakistan’s Christians are caught in the crossfire between Islamic militant organizations and mobs that violently target Christians, and an Islamizing culture on the other hand that results in Christians being isolated from the rest of the population. The notorious blasphemy laws continue to have devastating consequences for minorities, including Christians. A Pakistani mob beat and burned to death a Christian couple in November for alleged blasphemy charges. Women and girls are experiencing violence every day; especially those from minority groups who are vulnerable and easy targets for rape, sexual abuse and kidnapping.